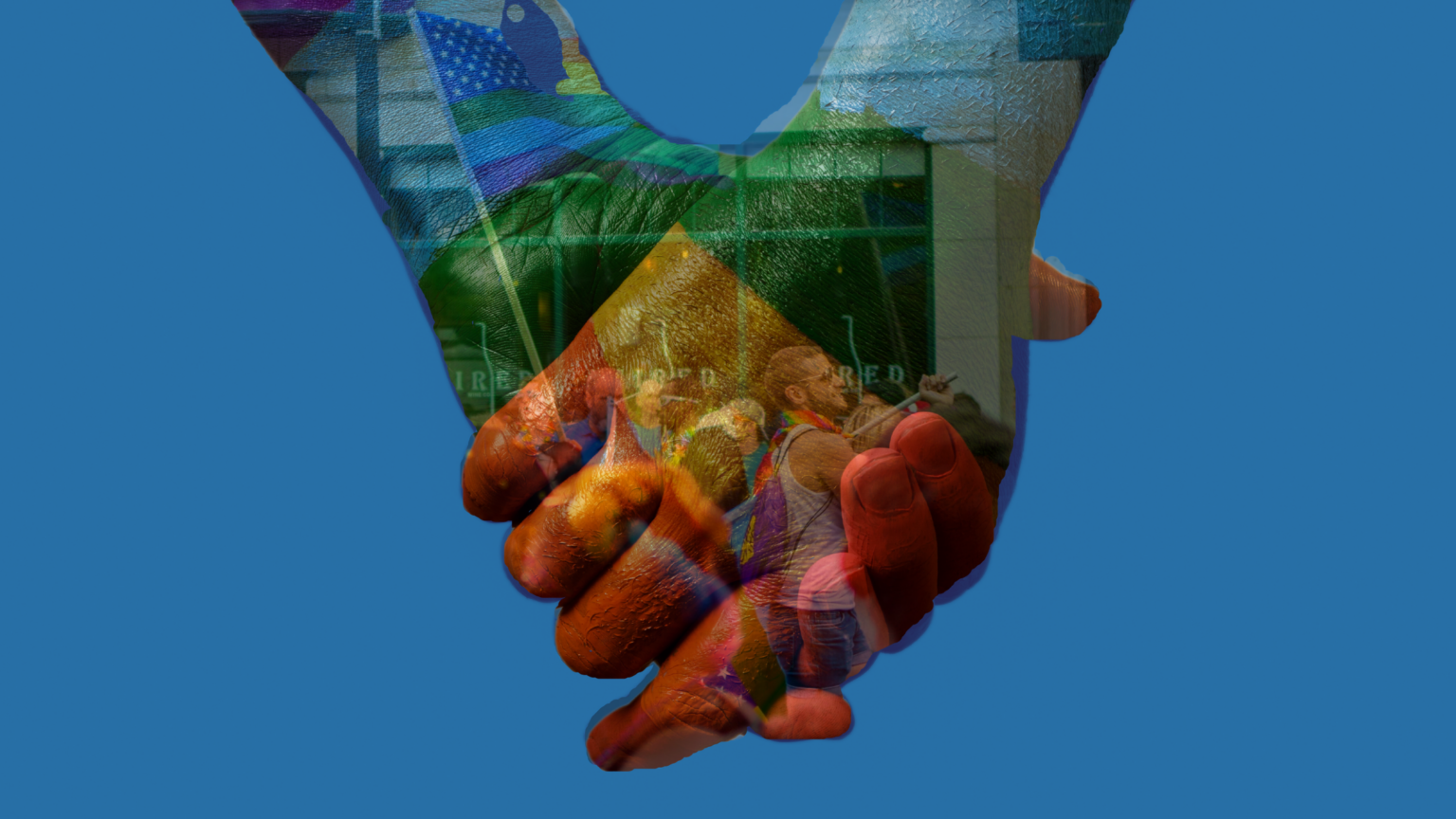 June is internationally known as LGBTQ+ Pride Month. During this month, LGBTQ+ people celebrate and remember the strong history of queer resistance. Pride Month has taken many forms since its inception.

Today, Pride is parades, proms, brunches, marches, or protests. But, it began as an anti-police riot. This month, I will be releasing a series of blogs about the history of Pride, how to be an advocate for the LGBTQ+ community, and using LGBTQ+ inclusive language.

To begin, we will explore the storied history of Pride.

However, that night the LGBTQ+ people who frequented Stonewall were fed up with being the victims of state violence.
Over the following three days, riots rocked the streets of New York, and the popular imagination of the riots began with Marsha P. Johnson – a Black trans woman – threw the first brick at the cops.

Though this may not be true, Black queer people were the leaders of the subsequent Gay Rights and Gay Liberation Movements.

Gay Liberation was rooted in the counterculture of the 1960s and 70s. At its core it was an anti-racist, anti-capitalist political movement that not only sought acceptance by the public, but also to abolish systemic homophobia and transphobia inherent.

This also meant that this movement stood in solidarity with the Civil Rights and Black Power Movements.
From the Gay Liberation Movement and the Stonewall Rights stemmed some of the most prominent current LGBTQ+ political organizations, such as the Human Rights Campaign and GLAAD.

For the last 50 years, LGBTQ+ activists and their advocates have been protesting against systemic homophobia and transphobia while also celebrating the beauty and complexity of the LGBTQ+ community.
Today, Pride may not look like a riot. It may be filled with rainbow capitalism and state-approved parade routes, but spirit of queer resistance lives on.

It lives on in protests against the homophobic policies enacted by the US government, resistance to the rainbow capitalism plaguing Pride marches, and the refusal of queer youth to be spoon fed capitalist dogma.
In the next blog, I will discuss how cisgender, heterosexual people can learn to be allies and advocates of the LGBTQ+ community.

In the meantime, please take some time to read further literature about Miss Major, one of the activists integral to the Gay Liberation Movement; the Queer Liberation March of 2019; and how queer Palestinians are fighting for liberation.