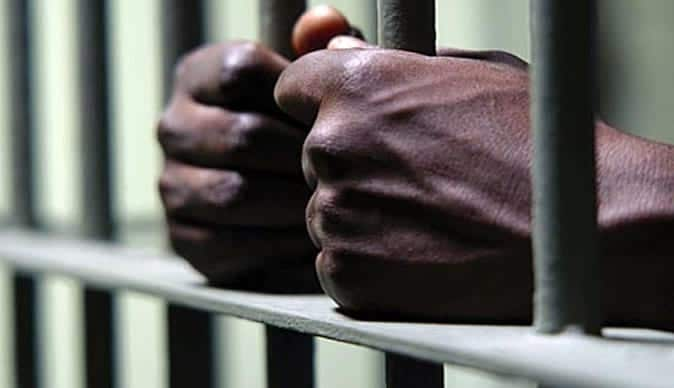 In 2016, an estimated 2.3 million people filled the prison cells in America. This country’s carceral system is the largest in the world and continues to grow despite calls for reform by politicians and activists alike. In America, there is no criminal justice system; we live in a country that requires an inhumane and unethical carceral system. It has its roots in the chattel slavery and Jim Crow era of the past. The Prison Industrial Complex, as it is known, refers to the expansion of the US prison population to benefit private prisons, security companies, and companies that use prison labor. It is exploitation by nature, making its abolition both a moral and ethical imperative.

As chattel slavery was abolished with the passage of the Thirteenth Amendment to the Constitution of the United States, the Prison Industrial Complex rose to take its place. The Thirteenth Amendment abolished slavery except in cases of incarceration, as stated in the first section of the amendment: “Neither slavery nor involuntary servitude, except as a punishment for crime whereof the party shall have been duly convicted, shall exist within the United States, or any place subject to their jurisdiction.” This wording created a loophole, through which the Prison Industrial Complex grew, thus creating an unjust cyclical system that has grown and changed as the country has grown and changed. Immediately following the end of slavery, recently freed Black people saw their freedom restricted by Black Codes, the precursors to Jim Crow laws.

Black Codes were enacted to force Black people to follow strict standards or risk their freedom being taken away. They often had to sign yearly labor contracts, could not own land, or were restricted to a certain type of occupation. Breaking these laws resulted in either imprisonment or heavy fines, which if went unpaid resulted in imprisonment. These codes restricted the labor ability of Black people and kept them tied to the land in which they were previously enslaved. These laws were passed specifically to keep Black people confined to a specific social status while also criminalizing their behavior. This was the legal beginnings of the Prison Industrial Complex, as even today it disproportionately affects Black and brown people.

Following the Black Codes, Jim Crow laws were instituted to further the disenfranchisement of Black people. These laws were a more formal and rigid system of racial segregation and discrimination. These laws did not limit Black labor, but limited Black movement and access, cementing the separate-but-equal doctrine. Because these laws have their roots in the Black Codes, Black people who were not murdered for violating the laws often ended up imprisoned and doing intense physical labor for the profit of the state. However, the rise of the Civil Rights movement, especially in the 1950s and 1960s, meant the downfall of Jim Crow.

With the fall of Jim Crow and the rise of increased Black cognizance and activism, the Black Power movement grew in the late 1960s and the 1970s. Organizations such as the Black Panther Party created a strong sense of Black pride among the Black community, especially after the assassination of Rev. Dr. Martin Luther King Jr. and Malcolm X, two prominent leaders of the Civil Rights Movement. During this time, however, the FBI began the infamous Counterintelligence Program, nicknamed COINTELPRO. The sole purpose of COINTELPRO was to “expose, disrupt, misdirect, discredit, and otherwise neutralize” Black organizations and leaders, especially the Black Panther Party, Dr. King, Malcolm X., Fred Hampton, Kwame Ture, Assata Shakur, Angela Davis, etc. Some of the leaders ended up dead or exiled because of this program, and as a direct result, the Black Panther Party no longer exists. COINTELPRO was also used to manufacture a drug epidemic in the Black community, which justified President Nixon’s – and later President Reagan – War on Drugs.
While many attribute the War on Drugs to President Reagan – and he indeed had a hand in worsening it – it started with Nixon’s openly anti-Black racism, and his disdain for anyone that dissented against the American political system.

Criminalizing drugs purposely and disproportionately affected Black communities as a way to dismantle momentum. The War on Drugs was a way for the US government to actively target the Black community and dismantle and glimmer of freedom it may have had for the purpose of imprisoning Black people. This was only exacerbated by the Just Say No program of the 1980s and the Three Strikes Rule of the 1990s.

In the twenty-first century, the prison population of the US continues to be used for labor, though now it is used more for industrial labor. It is a multibillion dollar industry, and the American economy, in part, relies on penal labor. There are hundreds, if not thousands, of industries that either directly use penal labor or profit from it, from Victoria Secret to Sodexo. Not only are there industries that employ penal labor, there are private prisons that are built specifically to make money from having a certain number of inmates. Although all this is legal, the Prison Industrial Complex is an immoral, racist system that is a direct product of capitalism and needs to be abolished.