The Reawakening of Spirituality in Black Youth

By Imani Bryant Community Engagement, Emotional self care, Racial Equity Jan 08, 2020 No Comments on The Reawakening of Spirituality in Black Youth 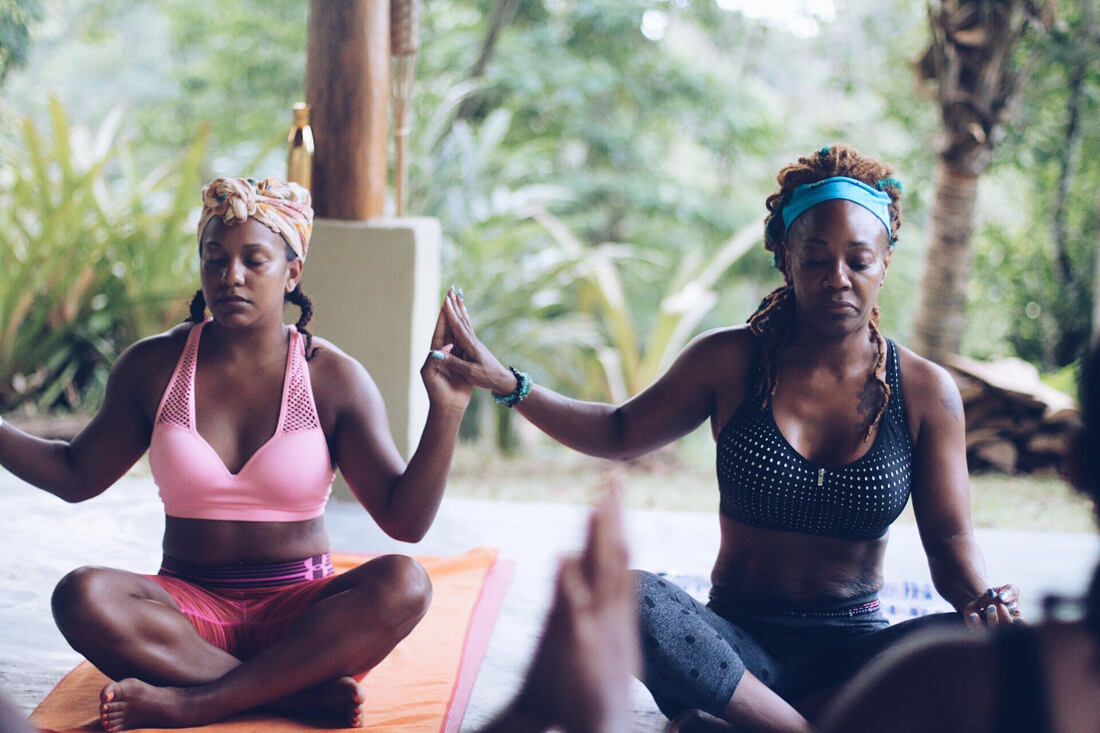 Long before white missionaries came to the African continent to “civilize” African people, our ancestors were practicing a wide array of religions, spiritual practices, and traditional forms of worship. Our ancestors worshiped their own gods, goddesses, and their ancestors. And while many of our traditional religious practices were swept away on both sides of the Atlantic Ocean by Christianity, we never completely lost the ways of the past. Many west African practices, such as the subtle veneration of the ancestors and Orisha worship, merged with Christianity to create distinctly Black forms of worship. This is how Hoodoo, Louisiana Voodoo, Santeria, Palo, and many other religions and spiritual practices came into being. However, these practices were and are demonized by society because many see them as a perversion of Christianity and in conflict with the Bible. This view, however, fails to see the beauty, value, and origins of these beliefs. The belief that African Diaspora Syncretic Religions are demonic and perverse is rooted in white supremacy and Christian hegemony.

As Black youth begin to challenge the dominance of Christianity and whiteness, many are beginning to return and rediscover west African spiritual practices. This is especially true on college campuses as college is seen as a time where one is allowed – and almost encouraged – to question cultural norms. Students are free to explore their spiritual identities outside of the watchful eye of their parents, many of whom are unquestioningly loyal to Christianity and expect their children to be the same. Many Black students start off by doing something as simple as burning sage or lighting candles. Others learn to read tarot cards or how to interpret astrological signs and charts. Others still dig deep into their family past to find that one aunty the family no longer talks to because she practices Santeria or Palo. To understand the ways in which Black youth rediscover spirituality, I asked a few of my friends their perspective. Each of them is at a different point in their spiritual journey, but all have found ways to create their own deeply personal versions of spiritual practices. Some call it witchcraft; others call it meditation and mindfulness. However, each of them finds comfort in rejecting dominant religious practices.

Tarisa Ross (she/they), a senior physics major from Washington State, recently decided to start finding her own spiritual practices and years of being ostracized by Christianity for being a lesbian. While she has yet to define her practice, she finds time each day to meditate and do emotional and physical checks. Because of her practice, she finds herself more organized and centered each day. Tarisa believes deeply in the “to each their own” philosophy, stating that “We live in a world that’s so complex and different that it’s ridiculous to think that it’s okay for all of us to worship the same thing. A monolith of humanity doesn’t sound like a humanity I would want to be in.” She believes that it’s important to learn from everyone, and she especially learns from her roommate who is a witch. She has learned over the last year that it’s okay for her to move away from Christianity, even going as far as to buy and wearing a moon goddess necklace that she was drawn to. She prefers to practice alone and focuses on feminine energy. This was hard for her to do because her family is originally from the Bible Belt and continues to be deeply religious, but because of the homophobia she faced from the Church and her family, she will continue to pave her own path. Tarisa emphasizes that this is only the beginning of her personal spiritual journey.

Dolly Bennett (they/he), a senior biology major from Brooklyn, NY by way of Kingston, Jamaica, found his practice when he was around 13 years old. He had fallen out with Catholicism and says the gods found him. It just “felt right,” according to Dolly. Ever since then, they have defined their practice mostly as divination. They practice a syncretic form of Catholicism that combines the saints with the Greek gods. His practice begins by setting up an altar by lighting candles in the order of Mary, the Mother, the Archangel Michael, Apollo, Aphrodite, and Athena. They chat with their gods while holding their rosary until they feel relaxed. They talk to the gods when they need to see something with eyes more powerful than theirs. They said they mostly ignore the stigma associated with witchcraft and spirituality because the sigma comes from a place of ignorance. He said that witchcraft and magical practices are the most personal and private thing you can do, so do it with honor.

Finally, I spoke to Mina Rodriguez (she/her), a junior organizational communications major from Phoenix, AZ. She has had a different experience with spiritual practices than many of my peers. Growing up, her family went to church, but her Nana practices Santeria. As she grew older and stopped attending church, she started following her Nana’s practices. This included veneration of their ancestors and limpias, or cleanings in English, with hard boiled eggs and sage. Eventually, she used these practices to form her own practice that combines her Nana’s beliefs with crystals, healing stones, karma, and manifesting. She defines her practice as a mix of Santeria, spirituality, and Christianity. Her family history of Santeria helps her deal with the stigma of witchcraft and spirituality, and she finds it empowering that she is rejecting white supremacy inherent in the demonization of African Syncretic Religions like Santeria. To Mina, you can pull from a multitude of sources to create your own spirituality, and as youth begin to reject cultural norms, we will be able to forge our own path.

A common theme I found when speaking with my peers about this subject is a reduction in stigma and increased freedom of choice. As we begin to break with tradition and recognize the oppressive structures of society, there seems to be an increase in acceptance of “alternative” forms of worship. You no longer have to choose a singular religion to nurture your spirit. Many of my peers pull from not only Christianity and West African traditions, but also Greek mythology, Eastern philosophy, and Indigenous practices. With freedom of choice and a reduction in stigma comes an increase in the wealth of knowledge available to us.