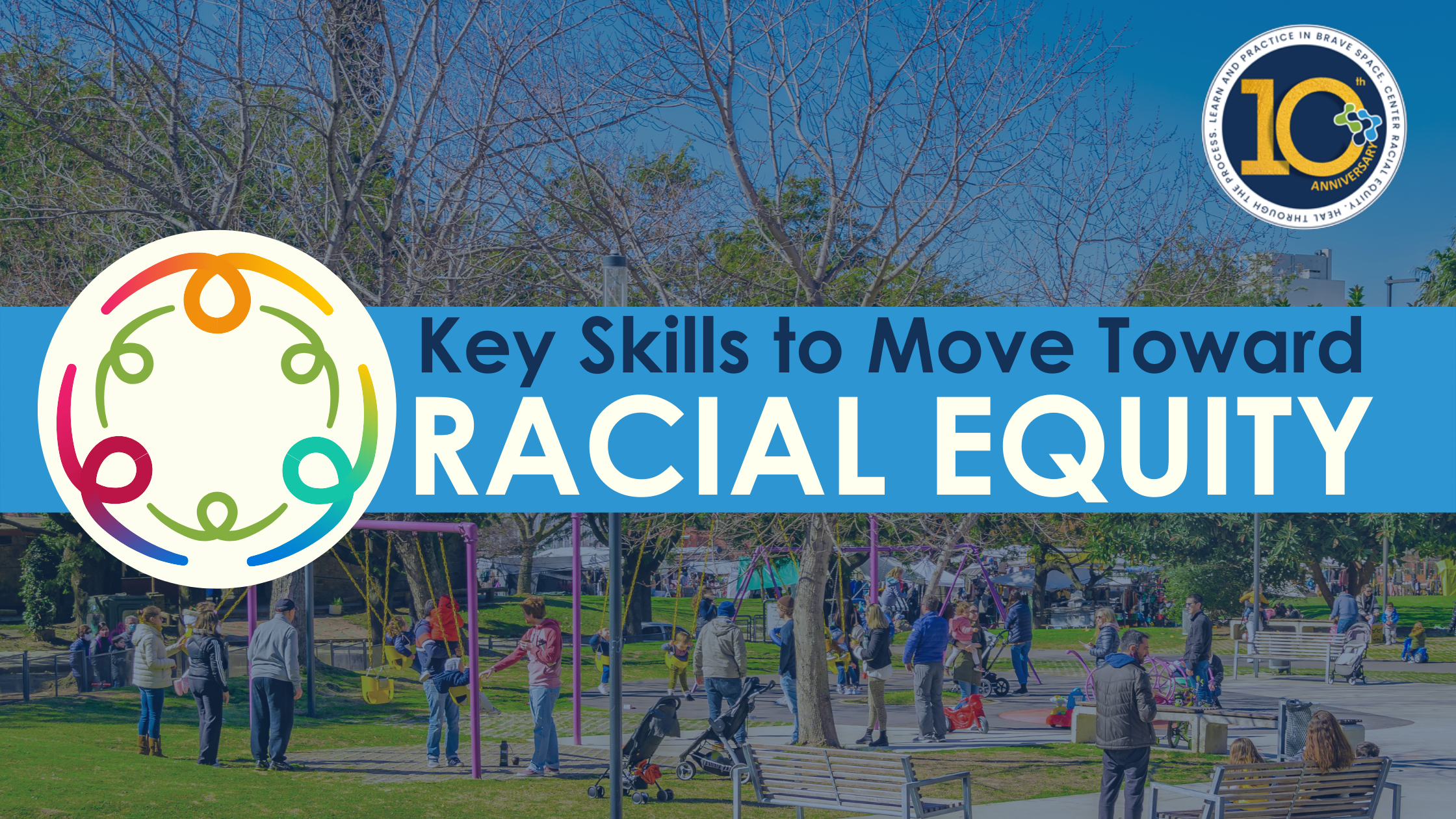 As difficult as it may seem, the issue of racism in the workplace can be addressed with the right investment and information. Leaders may not be able to promote racial equity in the entire world, but they can change the culture in their organization.

Leaders have a high level of control over the procedural rules and culture within their organizations, which are relatively small entities compared to the massive institutions that suffer from long-standing racism and racial disparities.

CommunityBuild Ventures is a pro-Black, solution-focused firm committed to eliminating racial disparities by developing powerful, impactful, and racial equity-driven leaders and organizations. We help organizations examine the root causes of the issues defined by racism.

Natasha A. Harrison, the president and CEO of CommunityBuild Ventures. In working with organizations seeking more racial equity, she’s identified some key skills to move toward the transformational shift of racial equity, as well as some limitations that organizations may face.

Though leaders can develop policies and practices that promote racial equity and want to become anti-racist or pro-Black organizations, they don’t always understand what they’re asking. This is especially true following the killing of George Floyd and the renewed focus on racism.

When we hear you say you want to be more racial equity centered, to our ears, you are asking us to help you be in direct conflict in where you are at the present. I am willing to disrupt the culture and the ways we approach this work – in fact, we invite that so we can grow toward an organization that’s a truly racial equity centered organization.

The Teachings of Audre Lorde

Poet and author Audre Lorde used her writing to shed light on her own experience in the world as a Black lesbian woman, and later, as a mother and person suffering from cancer. Her writings brought attention to the multifaceted nature of identity and the ways people can grow together through shared experiences.

For Lorde, sexism and racism are inseparable. When she says, “What does it mean when the tools of the racist patriarchy are used to examine the fruits of that same patriarchy?” her ethical principle is:

To Lorde, trying to bring down the oppressive system by using the very tools that created it was a futile effort. Achieving transformational change would require a new toolkit, new tools that could question, disrupt, and dismantle the foundations of the systems and reveal the logic that sustained them for so long.

This means coming to terms with the power at the core of these systems and making room for diversity and different experiences.

Each of these skills can help you move your organization toward racial equity, but strengthening curiosity can catapult you to really think about racial equity and how you can disrupt or dismantle your current state and reach the state you want to be in.

1. Noticing: This is noticing and feeling when something isn’t right or aligned with being racial equity-centered.

2. Holding Space: This is being able to acknowledge the feelings of others while holding your own.

3. Practicing Accountability: This is a practice of love instead of punitive measures. This is where we lean into the teachings of Mia Mingus, a writer and educator for transformative justice and disability justice. She believes that we can build skills, relationships, and structures that can transform violence, harm, and abuse within our communities, rather than replicating the punitive system we currently live in.

4. Strengthening Curiosity: This is tapping into the self-motivation to investigate and know.

What’s In a Name?

So, what do these skills look like in practice? Natasha offers a powerful example.

For Natasha, curiosity is an important skill. When you talk to others, you learn and discover more. For instance, she has always been curious about the names of things and how those names manifest an energy around a person, place, or thing, beginning even with her own name.

Her mother discovered the name “Natasha” from a soap opera, but this thought process led to thinking about other names and how they related to white supremacy.

For example, many of the streets, neighborhoods, and counties in her hometown in Georgia derived from the Confederacy.

Cobb County is a county that’s located in the Atlanta metropolitan area. It’s the state’s third most-populous county and the county city and largest city is Marietta. The county was named for Thomas Willis Cobb, a US representative and senator from Georgia. Marietta was named for his wife, Mary.

Cobb was a slave owner and cousin of Confederate generals Thomas Reade Rootes Cobb and Howell Cobb, the latter of whom served as a representative and speaker of the House and the governor of the state, as well as a founder of the Confederacy.

Members of the Cobb family were also lawyers and judges, including Andrew J. Cobb, a justice of the Georgia Supreme Court. Among them is attorney Thomas Cobb, who helped found the University of Georgia law school in 1859.

This is just one county in Georgia. What would we find down the “rabbit hole” of other names, streets, counties, and legal systems in the US?

Recognizing this and looking deeper into the names and the history is part of noticing, recognizing the lack of racial equity, holding space, and practicing accountability. Once it’s noticed, we can call attention to it.

Having curiosity about racial equity is an important skill. In saying you want more racial equity, you’re asking to be in direct conflict with the state you’re currently in. With these skills, we can create and build a new way in which we can all thrive and be liberated.

Until next time, what are you curious about?